My First Time Scuba Diving. In Kerala, India Of All Places

“Woah I never would have guessed my first-time scuba diving would be in India.”

That’s what I said after giving the thumbs up to my friendly dive master to bring me up to the surface.

The biggest struggle during my first-time scuba diving was breathing. Trusting the machine and breathing through my mouth, would it be easier if I had a cold? Resisting the urge to rush to the surface for air. That as well as the whole ear pressure release thing and using the right scuba diving hand signals.

Have you ever considered scuba diving in Kerala, India? Can’t say I had.

You Mean I’m My First Time Scuba Diving Starts In Less Than 12 Hours? Less than 18 hours earlier, there was no chance I’d have guessed I’d be scuba diving for the first time ever. In India no less.

It’s not like India is a popular scuba spot. Indonesia, Thailand, and Malaysia epic nearby diving destinations.

The Kerala Blog Express was coming to a close with a night of dancing, King Fishers, and emotional goodbyes.

Early in the night Diana asked if I wanted to go scuba diving in the morning.

Having never dived before (I’m not a great swimmer), I was scared to yes.

Thanks to a couple of beers in me, I managed to eek out a yes. I could always back out, right?

The night continued and it wasn’t until my alarm went off the next morning I realised just what I had committed to. I wasn’t sure if the half finished beer next to my bed was a good or bad thing.

As I mentioned in my newsletter, Indian time was in full effect on this trip. We were over an hour late getting to the offices of Bond Safari Kovalam, our diving hosts.

The nerves had kicked in by now as we sat down to hear our lead instructor introduce us to the scuba diving.

Fortunately, the majority of my fellow divers were in a similar situation. Weak swimmers with no scuba diving experience. Then the instructor said it was possible to scuba dive with zero swimming ability. WINNING!

This didn’t make sense to me, but who am I to question the pro.

After the dive master flooded us with information for 15 minutes or so, most of which we didn’t really need to remember, we jumped into our wetsuits. After diligently listening to the briefing, I switched off and embarrassingly put my wetsuit on backward. Fail.

I was now questioning myself, did I remember everything required from the briefing?

Jumping forward to Grow Beach the three bloggers in the group, Diana, Nastja and myself put our scuba gear on (wow, it’s heavy). We each had our own divemaster helping us out.

It was now or never, time to tick this activity off ‘the list’. So I could say I’d been scuba diving before. Nerves be high.

My Biggest Fears About My First Time Scuba Diving Am I doing it right? Oh, and who on earth was the rocket scientist who came up with the scuba hand signals?

I was always using the thumbs up naturally when my dive master wanted to know if I was okay. It’s such a natural instinct for those who aren’t used to it yet.

Would I Recommend Scuba Diving In India With Bond Safari Kovalam? 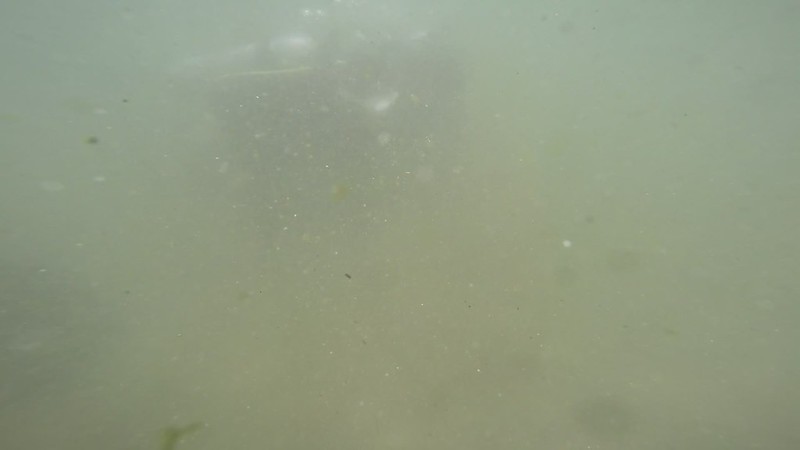 As a complete beginner, yes.

Having travelled through Southeast Asia for a couple years, I’ve avoided scuba diving. Even in beautiful scuba destinaions spots like Koh Samui and Siargao. It was pretty much out of fear as mentioned above.

Having the dive master holding me the whole time was awesome, it gave me so much confidence in my skills in the water. I was literally a dead weight in the water with my feet dragging along the sand as he guided me through the waters.

The fact I didn’t have to go out in open water was a blessing. I can honestly say this possibility never occurred to me. It makes total sense though.

The equipment and staff were great. I had complete confidence in the gear and my dive buddy was a complete professional!

As an experienced SCUBA diver, no.*

Why? This may sound nasty, but the diving wasn’t pretty as you can see in the video.. The visibility was minimal with the waters stirring up the sand. Having now snorkeled in the waters of Pulau Weh and Kapas Island I now realise how dirty the water was.

There was also an annoying amount of rubbish on the ocean floor, a problem throughout Asia. The Bond Safari team do make an effort to clean up the rubbish but even then, the rubbish is sitting on the edge of the beach.

* The waters could well be magical further off the coast in open water dives (get in touch with the team to clarify this).

The Biggest Benefit Of Scuba Diving For The First Time?

Confidence in the water!

I’ve never had any confidence in the water, especially when it gets up over my head. Since scuba diving in Kerala, my skills in the water have grown immensely. Yay for life skills.

I’ve been snorkeling several times since this trip and can even swim a little bit without feeling like a drowned rat after half a length of floundering.

Disclaimer: Many thanks to the Bond Safari team for hosting me for this dive as a part of the #KeralaBlogExpress supported by Kerala Tourism. All opinions, as always, are my own.